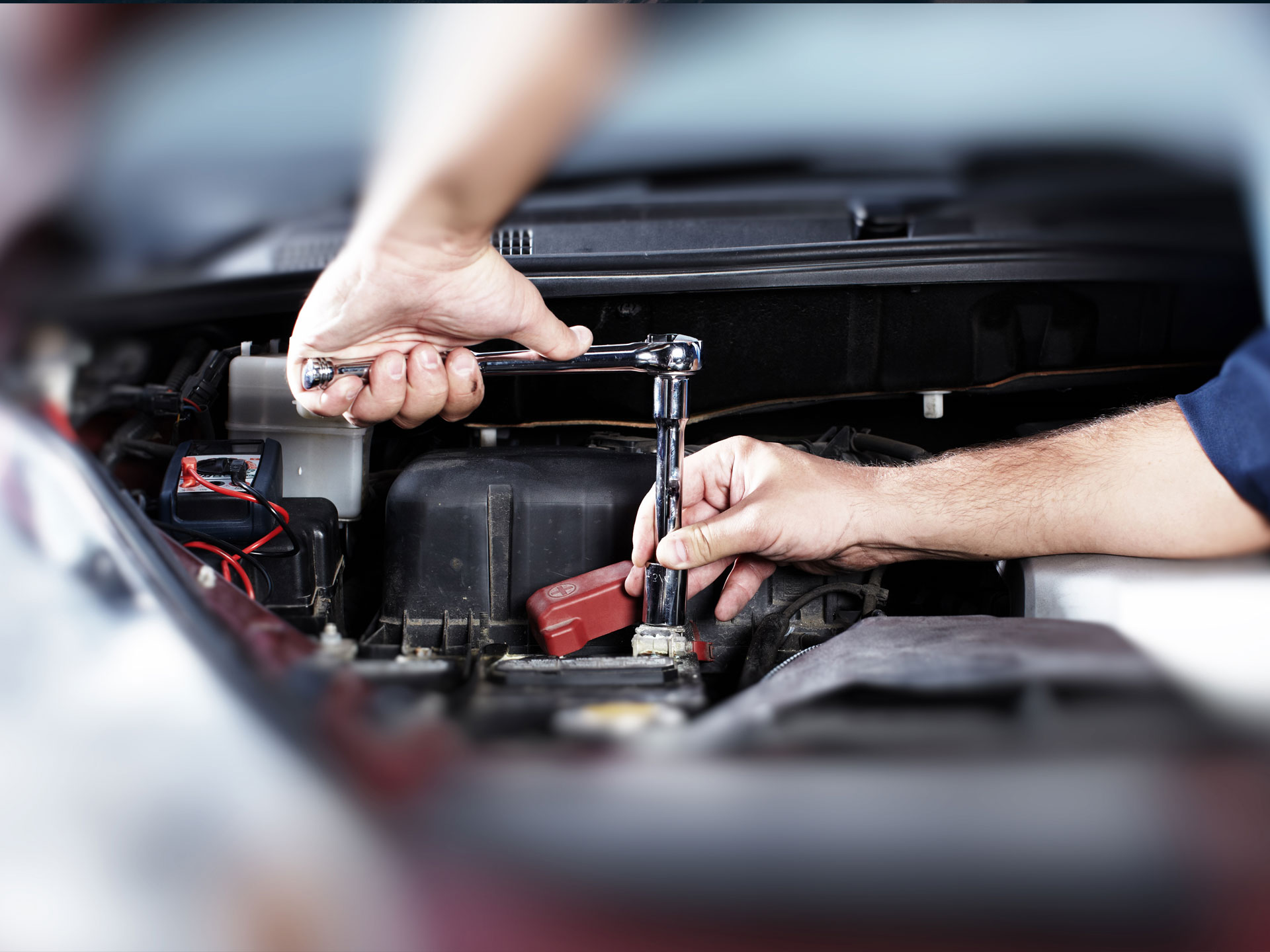 How does a car battery work and how is it constructed?

The traditional function of the battery in the engine compartment is well known: Without the battery the vehicle cannot be started. In addition to the starter motor, the spark plugs, glow plugs, lights and electronic applications all require electrical energy. But how is a battery constructed and how does it work?

Many drivers become aware of the heavy weight of car batteries when they buy a new one. Weights from about 10.5 kg, up to 30 kg are possible. The reason for this is the lead plates in the battery cells.

Components and structure of a battery cell

The electrodes with different charges are separated by a separator bag.

The electrolyte is a mixture of sulfuric acid (H2SO4) and distilled water. This electrolyte can be in liquid form (as in conventional wet batteries or in the enhanced EFB technology), in gel form, or bound in a glass mat (as in AGM technology for newer start-stop applications). A conventional starter battery consists of 6 cells connected in series, each with a nominal voltage of 2 V, which results in a voltage of exactly 12.72 V when the battery is fully charged. The capacity and the cold start capability of the battery results from the number of plates per cell.

Rule of thumb: The more plates which a cell contains, and therefore form a larger surface, the larger the cold start power (CCA) which the battery can deliver. However, if the space in the cell is used for fewer, but thicker plates, the cycle stability is increased. This means that the battery is designed for a higher charge throughput (continual charging and discharging process).

The cells are contained in a casing which is made from acid-resistant plastic (polypropylene). In a conventional SLI battery, this is closed with a cover with a labyrinth system which prevents the battery fluid from escaping and separates the liquid from gas.

Early batteries had screw plugs which enabled them to be topped up with distilled water. Modern batteries are completely maintenance-free. Water does not need to be, and must not be topped up. Although AGM batteries still have “one-way plugs”, these must not be opened under any circumstances.

A car battery stores energy in chemical form and converts it into electrical energy. In this electro-chemical process, four materials react with each other:

Connection of an external consumer starts the chemical reaction in the battery: If a battery is charged with a voltage which is too low, or if it always operates with a voltage which is too low (below 80%) acid layering, also referred to as stratification, occurs. The acid in the electrolyte stratifies due to poor mixing. Various densities cause layering of the sulfuric acid on the bottom and water in the top area of the battery. Because of this, only the middle section of the electrolyte, i.e. only a third, can be used for the discharging and charging process.

A possible cause of acid layering is mainly short journeys with the simultaneous use of a large number of electrical consumers. In this case, the alternator does not have enough time to recharge the battery.

A result of acid layering is sulfation. If this occurs in the battery, or if it is not constantly charged to an adequate level, the lead sulfate (PbSO4) crystallizes on the electrodes, to form larger crystal structures over the course of time. This process is known as “sulfation”. The crystallization prevents the re-conversion of lead sulfate into the original components lead or lead oxide, which results in the prevention of charge acceptance and reduction in the cold start power.

Sharp crystals may also damage the separators or cause short circuits in the cells.

To counteract this effect and prevent premature battery failure, a battery should never be subjected to a low charge level over a long period. For this, it is advisable to test the battery regularly and to fully charge it if necessary.

Would you like to know more about this topic? How to properly charge a battery.

Up to now, conventional lead-acid batteries have had a high share of the market. However, the market is changing rapidly: Innovative battery technologies for start-stop vehicles such as AGM use acid which is bound in a mat to provide greater cycle stability and guarantee reliable performance in vehicles with increased energy requirements. A further advantage of AGM: Acid layering is no longer possible due to the bound acid.
A new generation of car batteries for micro-hybrid vehicles operates at 48V and uses cells with lithium ion technology.