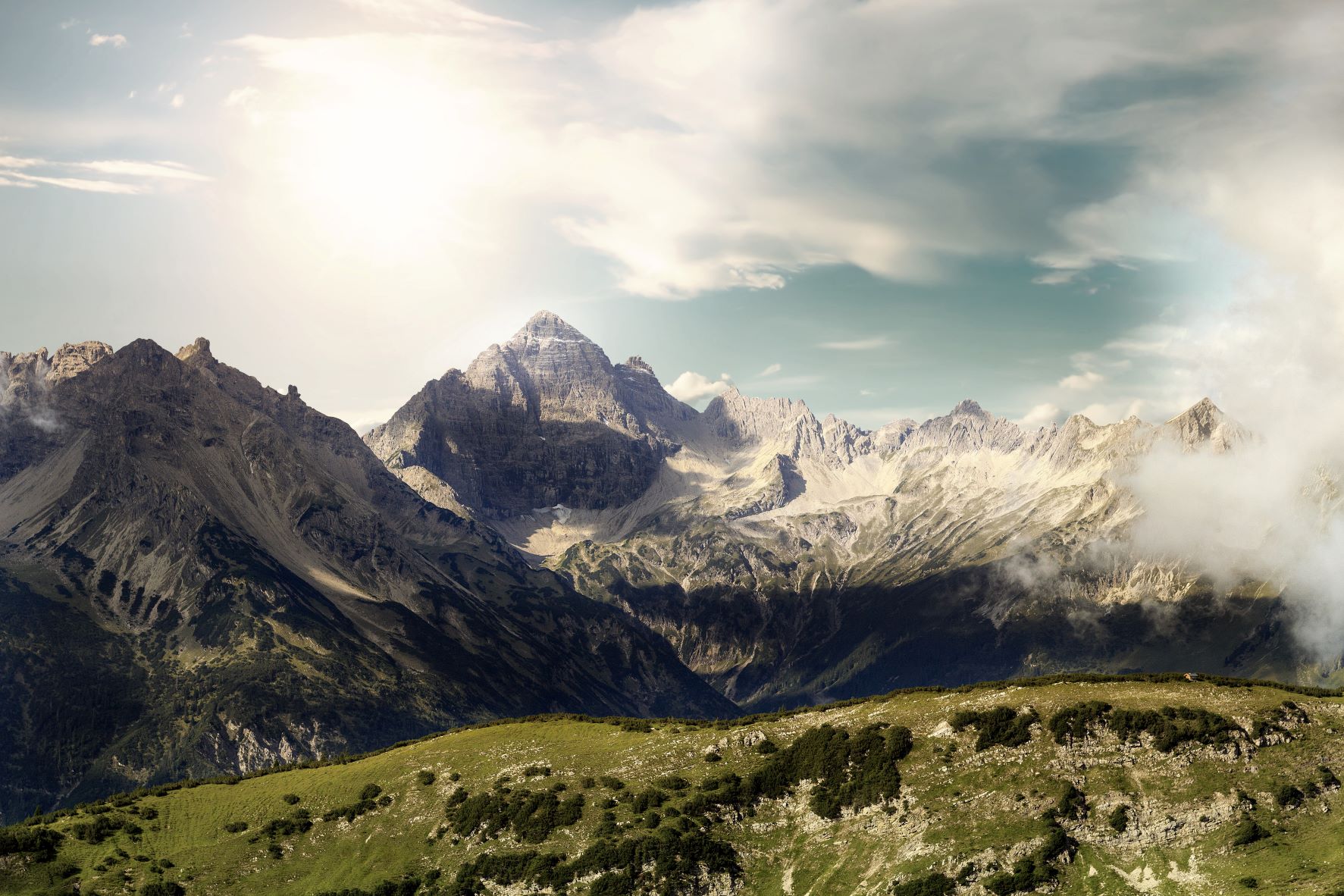 When it comes to research projects in remote locations, scientists must face several challenges: How do you cope with possibly hazardous weather conditions? How do you power all the equipment with the next electrical out being thousands of miles away? And finally: How do you handle all this logistically? Questions, which Dr. Ulrich Münzer has the answers to. The Munich scientist has been using VARTA batteries since the 70s in his research work in Egypt and Iceland. That’s why he trusts in the quality of VARTA products.

Now Dr. Münzer is taking part in a project in the summit of the Hochvogel mountain in the Allgäu Alps. A five-metre-wide and 30-metre-long crack grows by a few millimetres every month and heralds the collapse of the entire side of the peak. Geoscientists are trying to predict when this rockfall will happen. Many of the adjacent rock formations that used to be held together by ice are now gradually losing their icy “cement” and becoming unstable. But it is difficult to predict when a rockslide will actually break loose.

AlpSenseRely is a three-year reliability and potential study on remote sensing-based early warning systems for natural hazards in particularly climate-sensitive alpine areas. It makes an important contribution to the risk and cost reduction of climate-related natural hazards. AlpSenseRely aims at anticipation and real-time warning of critical objects and processes in the impact environment of infrastructure. In 2018 the preliminary study AlpSenseBench operated as a benchmark to systematically explore the capacity of high-resolution observation and monitoring.

Michael Krautblatter and Johannes Leinauer (TUM) and their team have been active on the Hochvogel in the Allgäu region since summer 2018. They are equipping the summit with sensitive measuring instruments to study slope movements. They use a unique innovative combination of measuring techniques with optical, radar and infrared sensor technologies, operating space-borne, air-borne, and terrestrial.

The project is a joint venture between the Technical University of Munich (TUM), the Ludwig-Maximilians-University Munich (LMU), the Bavarian Academy of Sciences and Humanities and 3D RealityMaps GmbH. Under the supervision of Dr. Juilson Jubanski, the latter developed high resolution 3D images, taken by a special drone.

AGM Battery technology to rely on – no matter where

To ensure a reliable power supply on the mountain, the team uses VARTA ProMotive AGM truck batteries which were flown up to the Vernagtferner (3450 m) and Hochvogel (2600 m) sites via helicopter. With a weight of 61kg per battery, certainly not an easy task. All the equipment including webcams, measuring devices, rain gauges, modems and data loggers draws power from the AGM batteries which are charged by solar panels. Apart from the many electric consumers, the biggest challenge is the climate: -15 °C in winter and up to 35 degrees in the summer put a lot of stress on the batteries.

The VARTA ProMotive AGM is the battery of choice when it comes to delivering the highest performance – not only to fleets on the road but also in harsh environments. It provides 6 times longer cycle life compared to conventional (SLI) batteries. The Cycle Life is a crucial performance indicator in energy demanding applications. It defines how many times a battery can be discharged and recharged before it reaches its end of life.

The VARTA ProMotive AGM has the capability of 80% depth of discharge (DoD) without being damaged. Compared to that, the recommended DoD of an SLI battery is 20% maximum. In combination with the bound electrolyte, the enhanced fixations, and the durable injection molded case the ProMotive AGM is an extremely powerful and robust build.

If you would like to read more about how the VARTA ProMotive AGM benefits heavy commercial vehicles all over Europe, you can find a number of success stories in the new VARTA Partner Portal.